Many owners know the feeling of lightness and tranquility they experience stroking their cat after a hard day. Gentle purring, warm coat and friendly look bring confidence and cheer up. Which way can cats cure people, if they do? Are these small predators beneficial to the physical and emotional condition of the owner? Maybe it's just a myth or a result of auto-suggestion?

Cat's ability to take the ailment away was noticed already by the residents of ancient Egypt. However, long time there were no evidence to support the theory as the civilization didn’t have sufficient knowledge for research in this area. First deep analysis of the cat impact on a person was carried out in the 70s. Scientists wanted to find out whether cats can cure people. Two groups of subjects (for thirty persons) received the same medication. People included in the first group, daily communicated with cats living on campus throughout the course of treatment. A month later, all patients underwent a full examination: test results improved both in the first and in the second group, but the state of patients included in the first group were more than satisfactory. Does it mean that cats really can cure men? Obviously yes – the evidence is obtained. Californian scientists repeated the experience in Britain, Canada, Germany, Japan, and every time there was noticed a positive trend after communicating with little whiskered doctors. The research was repeated with dogs, rabbits and other pets. It turned out that no pets can improve the state of a patient as effectively as cats can.

Reasons for such a therapeutic effect

Inquisitive human minds can’t be satisfied with partial knowledge: the more we learn, the more questions arise. Once scientists discovered that cats can treat people, they became interested in the process itself. Why is this happening? Unfortunately, there is no clear answer, but there are several distinct theories, on which the staff of many research centers is working.

Emotional balance is an extremely important factor for a speedy recovery of the patient. Fear of death, helplessness, anxiety for their future lead to severe depressions, nervous disorders and chronic stress. Peace-loving cat is a great example of philosophical attitude to life: their tranquility, grace and even sleepiness. One glance at this wonderful animal you understand how cats can cure people. Particularly noticeable effect is noticed during the treatment of patients suffering from mental disorders. Sometimes such people, trying to calm their excited nervous system, go around the room, wringing their hands or swaying. Stroking a cat and talking to it, having no need to hold back something of themselves or to portray somebody certainly brings nervous system in order.

Cat’s purring as sound therapy is not a novelty. In many countries, studying this unusual sound is in process. How cat’s purring can treat people, the mechanism of this phenomenon is unclear, but it is proven scientifically that it really has certain effect. For example, purring accelerates bone regeneration in fractures, eliminates pain of arthritis, degenerative disc disease and other diseases of the joints, besides it has a healing effect.

The interaction of electromagnetic fields is a very interesting process. As you know, any living organism is surrounded by an electromagnetic field (EMF). Having measured the EMF of a human, scientists have calculated values and found factors that alter the oscillation frequency and EMF strength. For example, in oncology the EMF strength in patients decreases. Most researchers believe that in the near future it will become possible to create a machine that can diagnose the disease only having the results of the EMF state examination. Analogs already exist and are applied in practice.

There is not an ounce of mystification, just pure physics. So why cat cure people? The fact is that these amazing animals work on the absorption of negative human energy. It is known that, for example, wiring and appliances emit EMF that adversely affects human health. For cats, this radiation isn’t dangerous at all. Some believe that it is even beneficial to cats – that's why so many pets like sleeping on a washing machine, near the TV-set or near monitors. In theory, cat feels abnormal fluctuations arising due to illness, and moves closer to the patient to absorb energy, bringing the EMF of patients to normal. Of course, cats are unlikely to cure the disease itself, but they can really remove the symptoms.

Can all cats be healers?

What cats are best healers? The general recommendation is that the cat was absolutely healthy and sympathetic towards the patient. Felinotherapy with adult animals has a more pronounced effect than with kittens. Color and type of coat are of no importance. Some argue that black cats are best doctors; red cats are good for people with nervous system diseases, and white one treat internal organs best. But this is only a fiction, nothing more. Sometimes you can hear the opinion that neutered or spayed cats can’t cure – that’s just another myth. If this were so, we would have never known about the healing power of cats as experimental animals contained in laboratories necessarily undergo neutering or spaying.

What cats can cure?

Thanks to the staff of Pet Therapy International, actively practicing and popularizing animal-assisted therapy worldwide, it became known what disease cats can cure:

Cat-doctors are often used for the socialization of children with autism, Down syndrome, ICP. Communicating with the unobtrusive pet, peaceful and tranquil has a positive effect in the treatment of epilepsy and nervous tics. It is optionally that the patient was fond of these animals. Certain effect of communication is achieved with a cat, even if the patient has no fear of cats and doesn’t have any anger or disgust.

Having heard a positive respond to the question “do cats really cure people?” you may start the “exploitation” of your pet! To begin with you should provide your pet with balanced diet, facilities for active play, and get it examined by a veterinarian to learn more about the general condition of your cat. What should you do to get the magic effect from your cat-doctor: take the cat to your arms, stroke it and talk to it in a mild tone. The more positive emotions you provoke, the greater therapeutic effect you’ll get. Small hours is the best time to cure respiratory disease, morning fits best for cardiovascular diseases, in the evening it’s better to pay attention to the nerves and joints. And be sure to smile to your cat – good mood, coupled with the efforts of a four-legged healer will help to cure any disease. 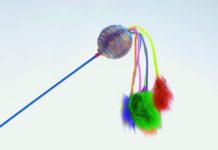 How to entertain a cat

How do cats die: the symptom and the causes 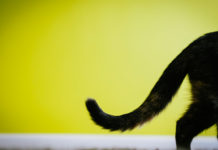 How to understand a cat by tail?